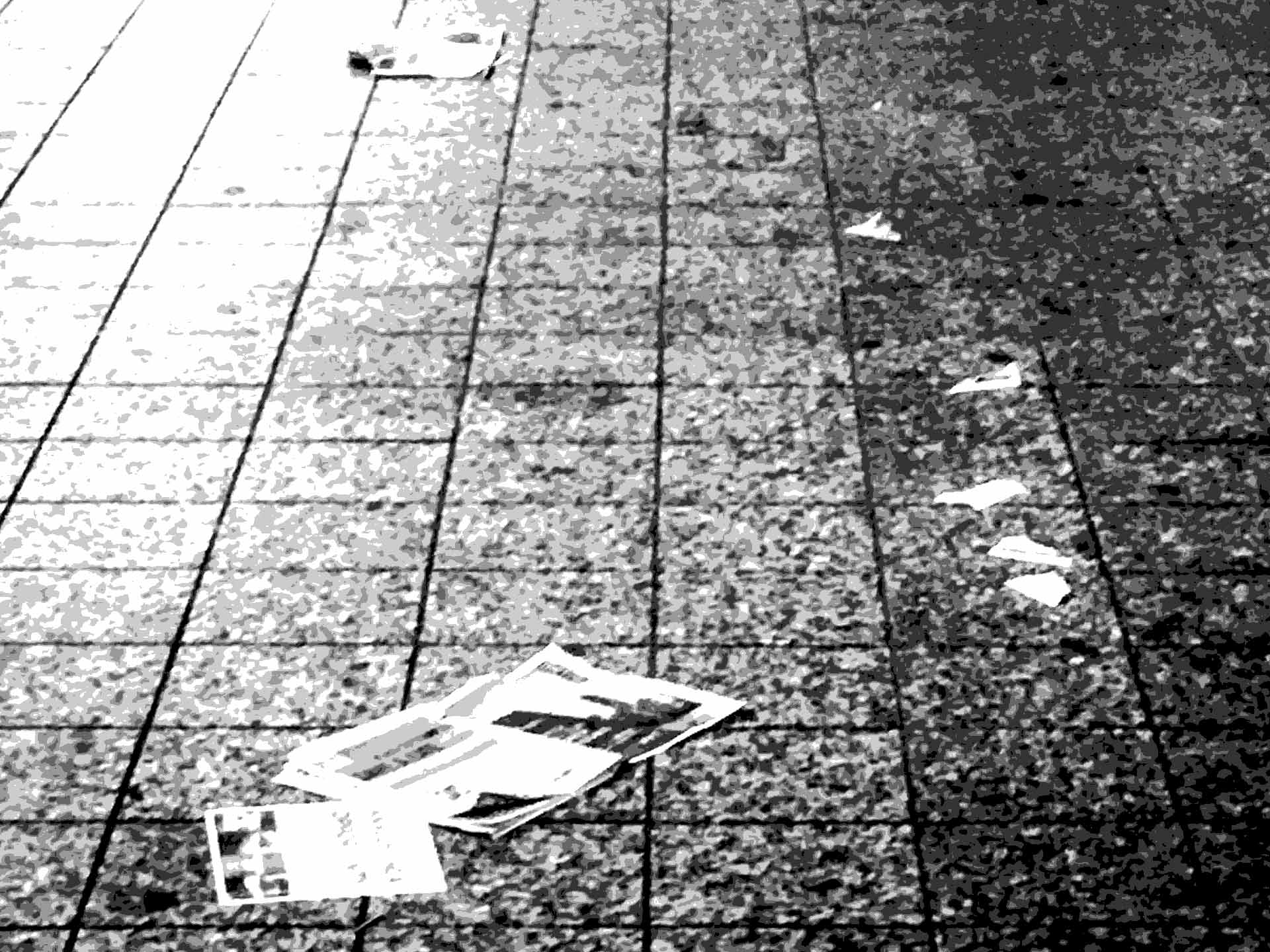 It was yet another chilly day as I weaved and strode across the concourse at 34th Street-Penn Station. I was initially exasperated by the disorderly order-far too many roaming Romans- but then it occurred to me that the unpredictability of movement was humanizing. Given the increased regulation of public space, it was good to be able to drift, walk outside the line, and engage in watchful reverie. Slow down, I thought and drift.

As I approached the steps to the uptown 8th Avenue local platform, I heard a pan man on his tenor pan doing an electronic bass augmented rendition of Bob Marley’s Natural Mystic, and came to a halt. I suddenly found myself confronted with an assault wrapped around an invitation. The assault came from an alliance between architecture and the scent of the passage where the pan man played. This particular passage way is a very efficient conduit for the effluent- tinged air emanating from the bowels of the subway and other odious precincts. Wherever you are on the 8th Avenue subway line in midtown, you are reminded that, probably right beneath your feet, there is a vast reservoir of shit, probably unprocessed, marinating, and a rankling reminder of our organic and expulsive nature. The air was also cold and accompanied by trash, making for a space that one traversed as quickly as possible.

And yet I had stopped. In addition to fetid air, the passage was a sublime incubator of sound, an acoustically friendly performance space. It was often used by talented musicians, usually older Black men, who were in that space but not of it. I often accepted the invitation to listen, as I enjoyed the artistry even as it seemed to desensitize me to the nostril wrinkling odors and the dusty chill.

The pan man was tall, tattooed, and wearing a tee shirt struggling to contain his muscles. His smile was generous and his sweat-flavored motion was one with the music. As an adolescent in Guyana I had often lingered, watching the rhythm of the players and listening to the music being coaxed from the steel drums. In those late sixties days, the genre was at the tail end of seeking European validation for the steel pan as an ‘authentic’ instrument capable of playing ‘serious’- read classical-music. Given that shallow aspiration-which reflected the colonizing aspect of the social unconscious-the body movements of the players were stilted. This was a reflection of a conscious willfulness to discipline another aspect of the cultural unconscious, the Afrocentric urge to move with the melody.

And then the Black Power hurricane swept through the Caribbean, Toots and the Maytals, Nina Simone, Burning Spear, James Brown, and Bob Marley among others, sang a different tune, danced to different rhythms, celebrated remembering, and re-signifying. They reminded us, in Marley’s timeless lyrics, “If you know what life is worth, you will look for yours on earth. Now you see the light stand up for your rights”

The body rhythms of the pan men and increasingly women shifted to the melding of body and instrument, each somehow playing off the other.

Guidance: I humbly ask that you not listen to this tune on a cell phone, as you will not hear the bass. That would be akin to watching a color movie while wearing sunshades. An IPad is ok… I guess… if you have decent ear phones. Try to listen while standing and moving with the bass. Yes we know ‘white’ folks can’t dance but what is asked of you is far more elemental. Should you trust yourself, your body will synchronize quite pleasingly with the Africa that resides in all of us. Yes, I know the science is suspect but you get the idea. Forget about mindfulness; just trust the Jung within you.

I realized
he was in communion
with the throbbing
and hypnotic bass.
In this rendition
there were no lyrics,
so the mind being forever
restless would drift
and the associations
would cascade.

With this tune the bass is fundamental to the melancholic and yet insistent flavor of the lyrics. It is a tune that arrests, humbles, and if you emerge from the shadow of reflection, offers hope. As a soloist, attuned to the augmented bass, the pan man swayed, hunkered, and flowed.

I watched and was not alone. Down the incline was a white middle-aged man, unremarkable in dress, and public face. His bag was at his feet, and at first glance I wondered if he belonged to the legion of the near homeless. Not quite respectable, on the verge of bedraggled. His forehead was against the cold dirty tile; perfectly still, as if in prayer. I realized he was in communion with the throbbing and hypnotic bass. In this rendition there were no lyrics, so the mind being forever restless would drift and the associations would cascade.

Yet I felt a bit uneasy as the pan man seemed to be enjoying himself, not a state that is usually invoked by this particular tune. He was not being disrespectful, but I thought he was close to the border. Who was his audience? Where had his mind taken him? Was this one of those Trinidadians, who could turn a funeral into a party? How did a dirge, with its command to sway become infected with joyous soca moves? He was not outside of himself. He sought to entertain me but also to derive his own pleasures, somewhat at a remove from the social. We shared and yet we were also separate. We were together in our own separateness and he felt quite comfortable to take his pleasure in ways that both pleased and discomfited me.

I had to accept that I am never truly sovereign or completely disengaged. The pan man’s boundary flirtations challenged my own notions of ‘authentic’ reggae, linked to the heady ideological commitments of my youth. He was reminding me that we are not psychic islands; at best archipelagos, connected, with in-between spaces, and always in motion, however imperceptible. No matter how much I resisted I was subject to his interpretation; his exploitation of that fecund in-between space. A precarious space in which to create, connect and sometimes revel. Within that space one must be mindful of a form of tradition that insists on sameness, and also of a market that, faster than a click on amazon.com, commodifies difference. I am still uneasy about the pan man, given his aesthetic audacity, but that sits alongside a pleasure with what he shared.

At the end of the piece the white man bent, picked up his weary bag and gave the pan man a smile that verged on the beatific. I, still a tad ambivalent, gave a stiffy wave, and an offering. I smiled-to myself,- after all this is still New York- at the sound of the bass still playing in my mind, and went train waiting. –