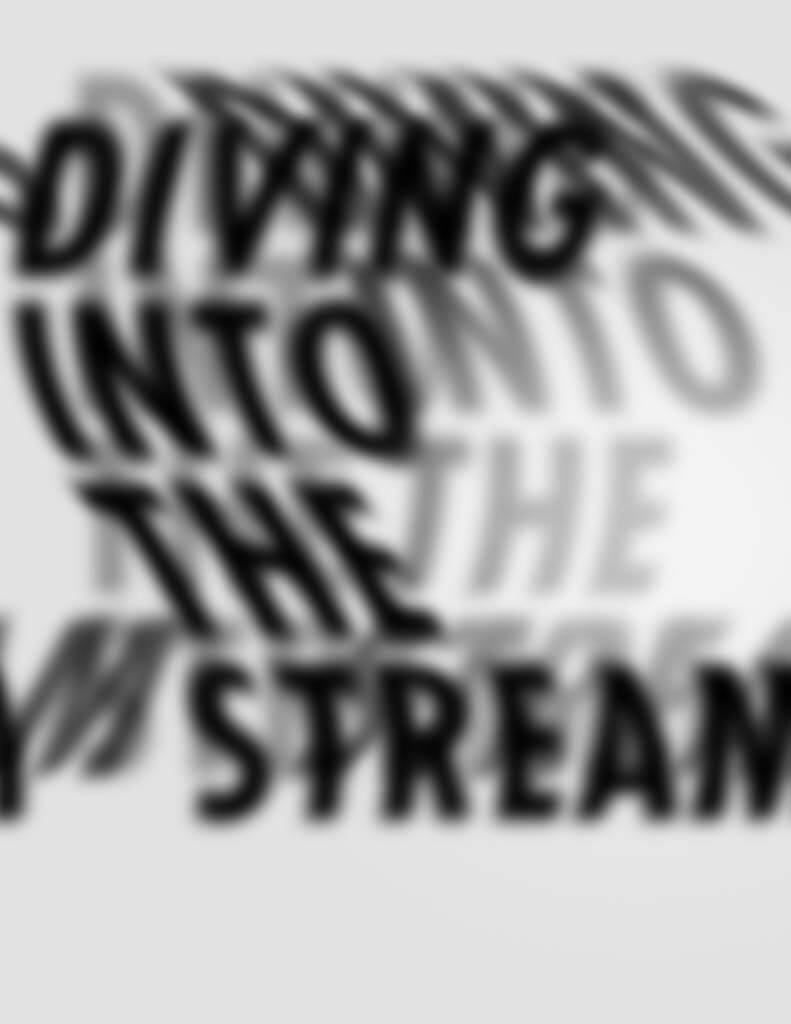 DIVING INTO THE STREAM

Standing up- to Authoritarianism: Chávez and Trump

I relocated from San Francisco to Caracas, Venezuela, in March 1999, just one month after Hugo Chávez assumed the presidency. He presented himself as a socialist intent on helping the underclasses and ending corruption, and I was ready to sign up. In addition to my practice and teaching at Universidad Central de Venezuela and Universidad Católica Ándres Bello, I started writing a monthly article in the English-language newspaper under the title “The Psychology of Everyday Life,” addressing topics such as childrearing and adolescent issues. Shortly after my arrival, it became clear to me that Chávez had nothing to do with socialism and his regime was even more corrupt than the previous Venezuelan governments. There were many massive demonstrations against the government, and on April 11, 2002, the entire freeway was blocked with a peaceful demonstration of 800,000 people. Chávez met the demonstrators with guns and tanks. Nineteen people were killed and a hundred injured before it came to a bloody end. As a foreigner, I didn’t see it as my place to take a stand politically but my next article for the newspaper was on “The Authoritarian Personality.”

As Chávez’s authoritarian regime dug in, I wrote other articles, such as “Effective Communication: The Real Power of the People”; “Conflict Resolution from the Kitchen Table to the Negotiation Table”; “The Individual and Culture, Violence, and the Word”; “Collective Hysteria and Fear: How to Keep Critical Situations in Perspective”; and “Civilization and Its Discontents Revisited: What Freud Might Say about Venezuela Today.”

During the eleven and a half years that I lived in Venezuela, I watched the country gradually and then more rapidly being destroyed. As a foreigner, I initially remained silent about this disaster. But then, on December 6, 2002, I watched, live on TV, as seventeen-year-old Keyla Guerra died from a gunshot wound to the head in a plaza not far from my home. Keyla was peacefully demonstrating against the Chavista regime. She and two others—Jaime Giraud Rodriguez (58) and Josefina Lachman de Inciarte (76)—were killed that night by a Chavista gunman, and many more were injured. (You can see a short video of that night and witness what I saw live on TV. The injured are pictured at 1 minute 52 seconds.)

The murdered that night were three of hundreds who would eventually be killed and thousands who would be injured, jailed, and tortured in the coming years. Watching Keyla Guerra die on TV, I knew I could no longer be a bystander. I began making contacts with opposition leaders, writing articles, and trying to offer psychologically informed perspectives on strategy aimed at finding a democratic resolution to the problems of the country. I wrote dozens of articles and met with members of Venezuela’s civil society, and yet, I was spectacularly unsuccessful in my efforts. When we observed the rising tide of street violence and anti-Semitism in Venezuela, my wife and I decided it was time to get out. We returned to the United States in September 2010. I continued my political writing, circulating it on various Venezuelan websites and also trying to discuss my concerns with US politicians. However, these politicians were shockingly unavailable or unresponsive. Finally, I wrote a book about my concerns—The Venezuelan Revolution: A Critique from the Left (2015).

My interest and articles on behalf of Venezuela continued until Donald Trump came onto the scene here at home. Observing his actions and hearing his words was like déjà vu all over again. During the Clinton-Trump election cycle, I wrote three articles before the campaign and an open letter to the Republican leaders after Trump was elected. The main message was that I had witnessed firsthand the destruction that Chávez, the so-called socialist, had done in Venezuela, and I recognized how the world was poised to watch a repeat of that destruction in the United States at the hands of a so-called Republican.

Chávez (who died in 2013) and Trump are two of a kind—both bullies, demagogues, and authoritarians with dictatorial ambitions. They speak in violent metaphors and incite violence, prejudice, and hatred. They prop themselves up as strong men, telling the people, “There are enemies out there that threaten you, but if you stay close to me, I will protect you.” They are both crude in their language, disrespectful of women, and hostile toward differences of opinion. They are showy, entertaining, and lie with the greatest of ease. They have eroded the institutions of government and the separation of powers and unleashed corruption in broad daylight. They appeal to the lowest instincts of human nature: vengeance, resentment, greed, tribalism, fear, hatred, and intolerance. If we ask, “Do we agree with the Supreme Court justice pick or with the tax reform bill?” we have one kind of discussion, but if we ask what the personality constellation and political plan look like, we are immediately reminded of the worst authoritarian regimes throughout history. The White House doesn’t understand why part of the public is so outraged by Donald Trump. They do not understand that Trump looks more like Hugo Chávez and other dictators than any other president in US history. And if our study of world history has taught us anything, we also know we need to act quickly in order to stop such authoritarian trends, which are obvious not just in Trump, but also in the 30 percent of US citizens who support him. Chávez, too, had 30 percent support—even when people were dying of hunger, violence was in the streets, and there was a lack of sufficient medicine.

When I would give parenting or child development lectures in Caracas, parents would always use part of the question-and-answer period to ask my professional opinion about Chávez’s psychological diagnosis. I always saw any possible diagnostic label I could assign as completely irrelevant. Diagnoses in their technical sense, including their limitations, are not generally understood by the public. In time, diagnostic terms in public discourse transform into name-calling and disqualifying—idiot, moron, imbecile, schizophrenic, borderline, retard, autistic, and others. The terms idiot, moron, and imbecile are no longer even used as diagnostic categories, and the others should never be used as insults. There should never be anything disqualifying about a diagnosis. And, lest we forget, not only Trump but all of our favorite politicians could also be diagnosed. What strikes me as far more important politically is to describe the politician behaviorally, that is, in the terms that are also used to arrive at a diagnosis: he lies, bullies, covers feelings of inadequacy with bravado, distorts reality, projects his own limitations onto others, steals without guilt, is impulsive and self-centered, and so on. This sort of description stirs the passions of the people and allows them to recognize the same features in historical figures, such as in this case other authoritarian rulers.

Psychiatric diagnoses distract us from the political acts of these authoritarian leaders. To say someone is a malignant narcissist reduces the critique into psychiatric jargon when we are better off staying with words like liar, self-centered, hateful, corrupt, thieving, unethical, and so on. That said, I applaud the work of Brandy X. Lee, Robert J. Lifton, and the other coauthors of The Dangerous Case of Donald Trump (2017), as it is an important book that has highlighted the concerns of many professionals and given the public something more to consider.

I had never been open about my politics with patients until Chávez came into power and I was asked directly by a patient, a military man who worked at the US Embassy. He wanted to know and needed to know. Sometimes, in the presence of political tyranny, which threatens the very conditions of the analytic process, one must take a stand. How can a patient free-associate if there is no free speech? How can a person think freely if there are forbidden topics? My clinical mentor, Nathan Adler, was a very active communist in the late 1920s and early ’30s, but with the anticommunist atmosphere in the United States, he went underground into social work and then into psychoanalysis. He explained that because of the Red Scare, he never kept process notes. He didn’t want to have anything that the government could steal. One way or another, I think it is worthwhile to investigate our individual reactions to political tyranny and consider the implications they may have for our clinical work—that is, our political countertransference.

How does the nightmare of the Trump era affect me personally? What does my psyche have to do with it? I think we can all find ways in which political dynamics attach to our personal dynamics. I once saw a couple in Caracas with a typical set of marital communication problems, which they explained to me in great detail. At one point I asked them:

“Do you discuss these problems together?”

“No, we talk all the time. In the morning,
during the day on the phone, and every night.”

“So, if you don’t talk about your problems,
what do you talk about?”

“Chávez!” they said in unison.

“And tell me, Señora, what troubles
you most about Chávez?”

“All the insecurity in the country.
I just don’t feel safe anymore.”

“And for you, Señor, what troubles you the most?”

“All the restrictions tying down the owners
of small businesses.”

Now, both of these concerns were more than accurate concerns about the Chávez regime, but the reader will not be surprised to learn that the wife’s biggest complaint about her husband was that she did not feel safe in her marriage, and correspondingly, the husband felt unnecessarily restricted by his wife. This does not invalidate their respective political views nor their held resentments toward one another. It just goes to show that our politics are shaped by our psychodynamics. Some will say the political activity of the analyst compromises abstinence and neutrality and introduces reality factors into the transference. I agree, but all of that can be analyzed.

While no one would deny a psychoanalyst having a private political opinion, some might be concerned about the analyst’s public political activity if it occurs in view of the patient or enters the consulting room. We rarely, if ever, discuss our own politics with our patients in terms of their position vis-à-vis our position, but the patient’s political views are always up for discussion as derivative material of their psychological dynamics and history, just as religion and philosophy are. The confusion between the analyst’s political opinion, political activity, and clinical technique may create problems, which can certainly be analyzed, but they may also support a rationale for the analyst to avoid political engagement.

It is not surprising that when I analyze my emotional reactions to Chávez and Trump, I find a history of old traumas from childhood into adulthood, but I find it curious that many of my reactions have been similar to the emotional reactions of others: terror, disbelief, and perhaps more than anything else, a sense of powerlessness. It then occurs to me that what is activated by authoritarian leaders is the powerlessness of the infant in the face of infantile injustices—the pains of the body and being controlled by and at the mercy of parents. So, what do we do with that? We feel it, we remember, and then we recognize that although we once were powerless, we are no longer. We have education and experience, can join forces with others, and can push back.

You’ll recall my saying that after seeing Keyla Guerra dying on TV from a Chavista gunshot to the head, I resolved that I could no longer be a bystander and entered la lucha (the struggle) for the liberation of Venezuela. Now, I believe we in the United States are in a similar time of troubles that require all of us to stand up, meet the challenge, and join the struggle. ■