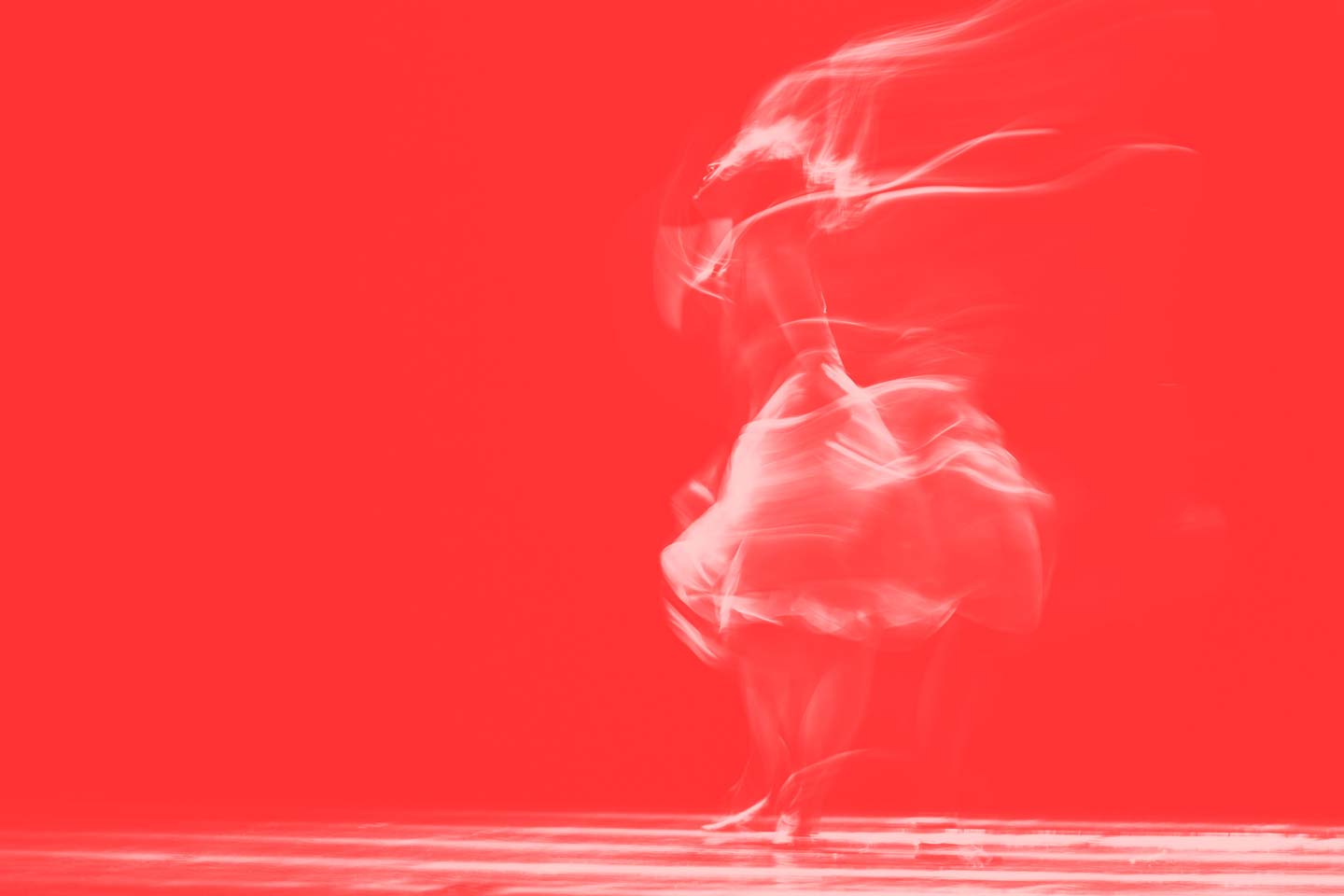 Politics and the Psychoanalytic Theatre by Aneta Stojnić

Art is not a mirror
to reflect reality,
but a hammer
with which to shape it.
—Bertolt Brecht

As a young candidate transferring from the field of performing arts and theory into psychoanalysis, I am struck by their provocative resonances. In addition to theoretical connections I have noticed between psychoanalysis and performing arts/performance studies, resonances emerge from actual practice on the one hand and, on the other, thoughts concerning the analytic community’s place and role in contemporary society. In this short text, I will focus on the first, keeping in mind the latter, which deserves an elaboration of its own.

In thinking about the role of the analyst and the analysand, as well as the analytic space itself, one word keeps popping up in my mind: Verfremdungseffekt (vɜːˈfɹɛmduŋsəˌfɛkt), aka V-effekt (fɑʊəˌfɛkt) — a performance technique developed by Bertolt Brecht for actors of his “epic theatre.”

Verfremdungseffekt is one of those German words difficult to grasp in translation, and theatre people often use the original as a technical term. The common English translations are “ distancing effect,” “alienation effect,” and, in my opinion, the most accurate and faithful to Brecht’s actual intention, the “estrangement effect.”The technique’s goal is to make the familiar strange, in order to provoke a new insight that triggers a social-critical audience response.

But first things first: German leftist playwright, director, poet, and theorist Bertolt Brecht was arguably one of the most significant figures in the history of twentieth-century art. Not only did he revolutionize the field of theatre and performing arts, but his theatrical innovations from the 1920s and ’30s have also paved a new way to politically and socially engaged art and remain influential to this day.

The mainstream, commercial theatre of Brecht’s time was everything but political. The dominant style was realism and naturalism, with actors using the Stanislavsky method (that would later become known as “method acting”). The skill of an actor was seen in his/her ability to portray a character as believably, realistically, and naturally as possible (quite similar to contemporary Hollywood films). The actors would completely identify with their characters, which would then lead to the audience identifying with the characters and situations presented onstage. Actors would “feel” what their characters “felt,” and their audience would “feel” along with them. Audiences would come to theatre to see themselves, their own lives, desires, and problems, mirrored onstage. They would go to the theatre to perform their class identity, to passively consume the content, to confirm what they already thought and knew. Ultimately, they would leave the play content and unchanged.

Fiercely political, Brecht resented this kind of “bourgeois” dramatic theatre based on the emotional manipulation of the audience that was completely disconnected from the social and political reality of Weimer Germany. He opposed this theatre with the new concept of “epic theatre.” Epic theatre broke the illusion of the fourth wall — the pretense that characters are “real” and the stage is separated from the spectators. Instead, actors in epic theatre directly address and activate the audience. Brecht’s audience could no longer be passive; as he put it, they could not “hang up their brains with their hats in the cloakroom.” The social convention — the frame — was exposed: we are in theatre, this is a stage, and the people on it are actors whose job is not to indulge you and make you forget they are actors. On the contrary, actors are supposed to remain distant with their characters and provide commentary on them as well as on staged situations, in order to help the audience understand something new about themselves and their social and political reality. Ideally, the spectator would leave the theatre transformed. As Brecht explained in his essay “Theatre for Pleasure or Theatre for Instruction?” :

The dramatic theatre’s spectator says: Yes, I have felt like that too — Just like me — It’s only natural — It’ll never change — The sufferings of this man appall me, because they are inescapable — That’s great art; it all seems the most obvious thing in the world — I weep when they weep, I laugh when they laugh.

The epic theatre’s spectator says: I’d never have thought it — That’s not the way — That’s extraordinary, hardly believable — It’s got to stop — The sufferings of this man appall me, because they are unnecessary — That’s great art; nothing obvious in it — I laugh when they weep, I weep when they laugh.

Brecht developed many estrangement techniques. For example, actors would interrupt the ongoing scene and address the spectators directly in a song that would interpret the events in an unexpected way, making them think beyond what seemed obvious. Often each actor would play multiple characters, changing in front of the audience, stepping out of one role and into the other. Simple, unrealistic scenography left the stage machinery in plain view. On a dramaturgical level, Brecht used historicization to draw connections between historical and current events. For example, staging Richard III today, a story about a cruel medieval king is only relevant if it can tell us something explicit about the abuse of power in our contemporary political reality. Through the estrangement effect, Brechtian actors enable spectators to see their world differently and confront things they have been avoiding in their everyday lives. For Brecht, this was a political move par excellence.

As I’ve started analytic training, associations to my experience with Brechtian performance tradition keep coming back, both when I’m in the room with patients and when I’m in the room with my own analyst. Much like a Brechtian actor, a psychoanalyst gets cast into different roles within the transference. While becoming that character, she also maintains distance from it and remains the analyst. She makes an effort to understand what is happening in the room between the patient and the analyst/character, and waits for the right moment to offer an interpretation or otherwise bring the patient to an insight. It feels much like the Verfremdungseffekt effect. Of course, the analytic situation is much more intimate. There is no stage and audience, and rather than political reality, we are dealing with psychic reality. Nevertheless, the analysand too understands that the frame is a social convention. In a more Stanislavskyan approach, which is an approach Isaac Tylim describes in his essay “Psychoanalysis’ Fourth Wall” in this issue of ROOM, the frame may appear to function as a fourth wall that provides a total illusion of “realness.” However, I have come to believe that the analytic room functions more as a real Brechtian performance space where both parties, while immersed in the situation, are also aware of its artificiality, and this understanding is precisely what holds the frame together. Estrangement effect opens the creative space for insight, interpretation, and negotiation between psychic reality and so-called external reality.

From the beginning of the twentieth century, artists/the art world increasingly became aware of a necessity to become political. The arts were struggling with the questions: How do we stay relevant in the midst of the turmoil of contemporary reality? How do we respond to new technologies, urgent issues, challenges, and rapid changes of our times? How do we critically engage with social context and transgress the limitations and exclusivity of the “white cube” or “art for the sake of art” in order to make positive impact in concrete sociopolitical reality? Since then, politically engaged art has arguably become one of the dominant and most influential streams in contemporary art. It was a way to revive the whole field. Brecht was one of the pioneers of the movement.

As I enter the world of psychoanalysis, through conversations with much more experienced colleagues gathered around ROOM and elsewhere, I have come to realize that, at this moment, the psychoanalytic community is asking very similar questions. While I don’t argue for some kind of Brechtian analysis, I do feel that Brecht and other artists can be helpful, not only for our analytic experience, but also for thinking about the productive and creative ways for the analytic community to relate to and engage with our current political reality. ■