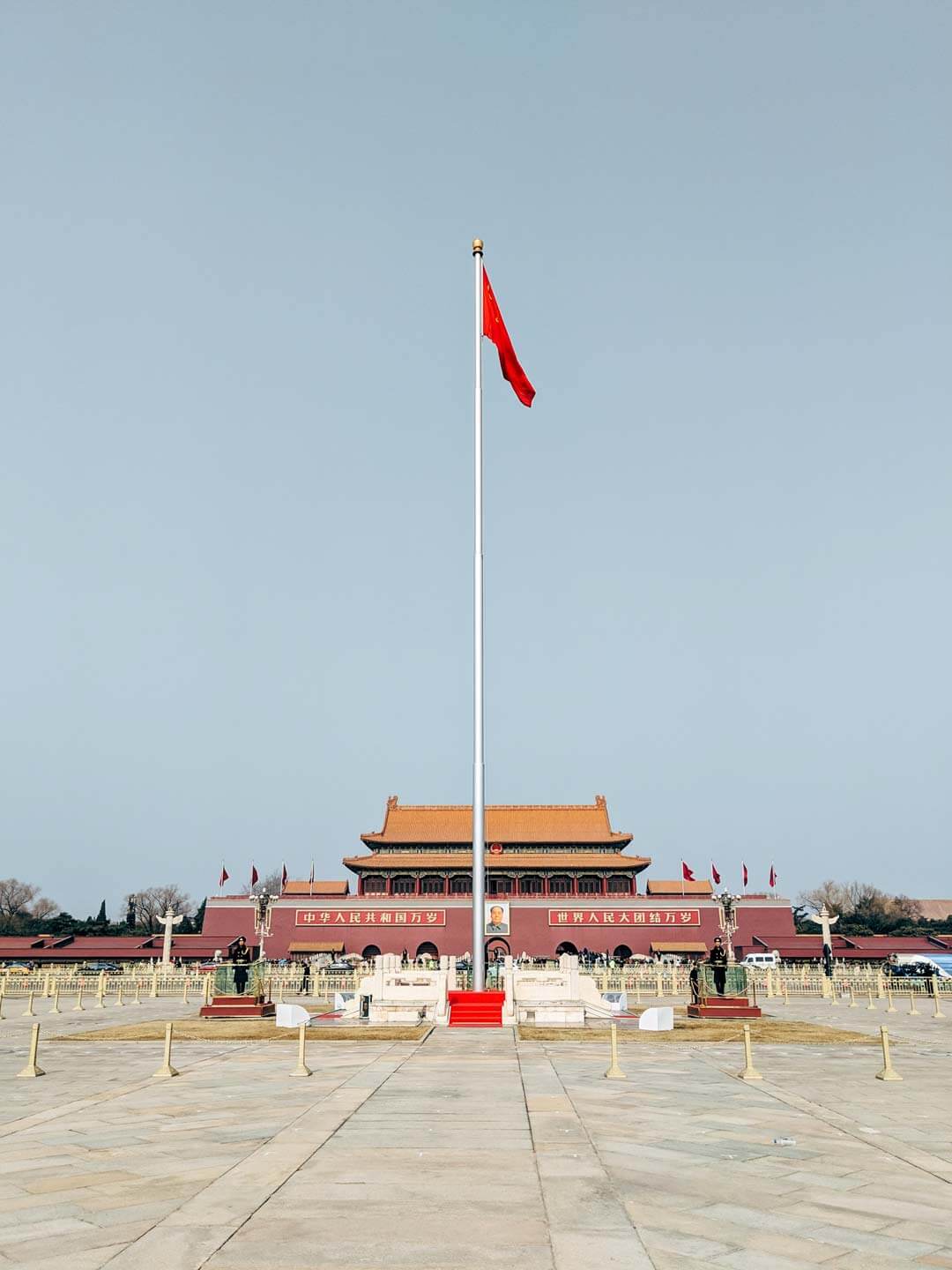 FROM AN OTHER PERSPECTIVE

At first, I did not know why I was weeping inconsolably upon seeing the image of George Floyd’s naked face as his neck was crushed by the knee of a man fully armed with police gear and, more strikingly, a look of total nonchalance. I did not know why I could not bear watching the video of one human, so unmoved, with such ease, squeezing the life out of another human being who was squirming, pleading, begging, calling for his momma.

Then it dawned on me that the image of human life so violently, and yet lightly, canceled in the name of law and order, state and authority, was deeply imbedded in the innermost recess of my psyche.

As a Chinese Canadian migrating to the US to study psychoanalysis, I myself am an outsider, an other, and I am no stranger to violence and destruction done to people who are conveniently grouped as “others,” often by those in power who are perceived to be “good.”

Indeed, in life and in work, I am baffled by this intriguing phenomenon of “othering.” Here, the other conveys negative meanings; difference and distinction are perceived as inherently threatening and dangerous. Self and other stand in opposition and hostility to each other. Just as the toddler’s first gesture of autonomy is often a loud no, certain bodies, individual and national, seek to forge homogeneity and sameness in a paranoid-schizoid way, perhaps unconsciously to salvage a clean, clear sense of self or identity. For fear of contamination, what is other must be obliterated, every trace of it. In the process, people are othered to death, both physically and symbolically—alienated, dis-identified, disregarded, and annihilated.

However, if we consult any dictionary, or even just Google, for the meaning of other, we will find another meaning: further, additional, alternate, what is left, remaining, etc. For me, psychoanalysis, starting from Freud’s concept of the unconscious, has been teaching this additional or supplemental—rather than oppositional or adversarial—view of otherness. In psychoanalysis the concept of otherness comes to the fore, and points toward an infinitely, interminable “other,” that is ultimately unknown and unknowable, in ourselves and in others.

Otherness first hit home fifteen years ago, soon after I moved to Toronto from China. During the difficult transitional time when I was trying to get used to a more relaxed mode of functioning, my beloved older sister in China had her first full-blown psychotic breakdown. This sister, who had been like a mother to me when I was a child, was suddenly talking about death and creating earthquakes during our weekly phone calls. Overwhelmed and terrified, I did not know what to do except gaze at the same page of the same book in the same corner of the university library for months.

It was then that I decided I want to become a clinician and work with the people whom a much-revered family elder called “undeserving”; mental health patients were largely shunned as the other, unclean and untouchable, disgrace of the family and beyond, in China fifteen years ago and now.

In her madness, my sister not only wanted to shake the earth by creating earthquakes; she also rode trains and took planes to the Tian’anmen Square, China’s central political arena, the place where Mao Zedong announced to the world on October 1, 1949 that the Chinese people had stood up.

Using a loudspeaker and a roaring loud voice, my sister accused the Chinese Government of killing people and demanded accountability. Perhaps because of her apparently erratic behavior, my sister got a hearing. The police learned that she was referring to the many family tragedies throughout the generations, from our great-great-grandpa’s decapitation in feudal China’s last reformation, great-grandpa’s murder during the Red Army’s Long March, to grandpa’s death by starvation in China’s Great Leap Forward movement, to one aunt’s killing in the strict enforcement of one-child policy, and more. The list could go on and on.

Looking back, in her almost divine madness, my sister was telling the truth of the “other,” another part of recent Chinese history buried in the grand narrative of national resurrection: the violence, cruelty, destruction, madness. Indeed, not one man in my family’s five generations died what could be called a natural death, a good death, a death one would like to die. Treated as a madwoman rather than a political agitator, my sister was counseled by kind officials to take a brighter view of things rather than dwelling in the family’s past misery: “Look, what a world’s difference we’ve made from the past! What kind of life your family is having now; what opportunities you and your sisters had, education, jobs, and money-wise! Your sister lives in Canada; you are riding bullet trains and taking airplanes to come to Tian’anmen to say bad things about the government when nobody is harming you!”

Five times, my sister went to protest; five times, she was ushered back to our hometown in Sichuan, which was her registered place of residence, and thrown into the local psychiatric hospital. Then, two years ago, after she was discharged from hospital for the last time, she was put under a sort of house arrest, with monthly allowance and free medical services, so she could not create more trouble. Two months later, together with my father, my sister died at the age of forty-seven. They drowned at our family house in a flood caused by the collapse of an ill-advised dam built to tame a river that runs through the area. Would she still be alive had her mobility not been taken away and had the river been treated with more reverence and care?

In another public square of Beijing, on September 28, 1898, one year before Freud published Interpretation of Dreams on the other side of the earth, our great-great-grandpa, Yang Rui, a hapless young scholar, was publicly executed. He was one of the four ministers newly appointed by the emperor to take charge of feudal China’s last reformation, historically known as Wuxu Reformation. As a patriot, he had joined the moderate school of reformers after the Qing Dynasty suffered a series of humiliating losses when confronting the Western powers at its door since the Opium War in 1839. He only wanted China to learn from the West, the “other,” to become great again.

Yang Rui was arrested and put to immediate execution without trial. History books said he was a gentleman to the very last breath. He bowed and knelt as was required by the royal executioner. He asked a naïve question, politely and persistently: “What exactly is my crime?” No answer. Blood spurted three meters into the sky while he was being killed. He was butchered like an animal, with a rusted sword, and the butchering lasted for two hours. He was then forty-one years old.

In studying psychoanalysis, I have been learning about the infinitely multiple other possible determinants underlying my otherwise competent, autonomous self, and my soon-to-be-not-so-neat identity of a Chinese Canadian American psychoanalyst. I know I do not want to live and die like my sister or my great-great- grandfather, who, in madness and sanity, both acknowledged the existence of others.

I cannot help feeling fear and dread when friends in China tell me how they have to report time spent studying party policies and leaders’ speeches on a weekly basis; their children’s history and geography classes were recently replaced by classes in politics and morality. I cannot help feeling fear and dread when I heard the current US president’s vicious attack against outsiders and immigrants. It seems that the mere existence of the other has become an offence and the evidence of otherness has to be removed from inside to outside.

I feel compelled to wonder: For each of these entities, what about the self has become so unbearable that it has to be disposed of along with “others”? What paranoia could be underlying this aggressive stiffening of defense against “others”? Is this approach of canceling/obliterating really helpful in restoring one’s greatness or good feelings about being oneself?

Freud proposed the inevitable return of the repressed/oppressed either in broad daylight or the individual’s private dream: “In waking life, the suppressed material in the mind is prevented from finding expression and is cut off from internal perception owing to the fact that the contradictions present in it are eliminated…; but during the night, under the sway of an impetus toward the construction of compromises, this suppressed material finds methods and means of forcing its way into consciousness.” Simply put, repression/suppression/oppression does not mean we can erase the “other.” The “other” will always come back, one way or another, sometimes with a vengeance, if not properly acknowledged. At this moment here in the US, many people, outsiders or not, are marching and speaking out, are challenging the nation to face an “other,” darker side of its glorious history of dominance and superiority after George Floyd’s gruesome murdering. In addition, in the US as well as in China, at this moment, mountains and rivers—parts of the unknown and unknowable nature—are raging and flooding, as if in protest of violence against and/or in demand of recognition of the Other. ▪