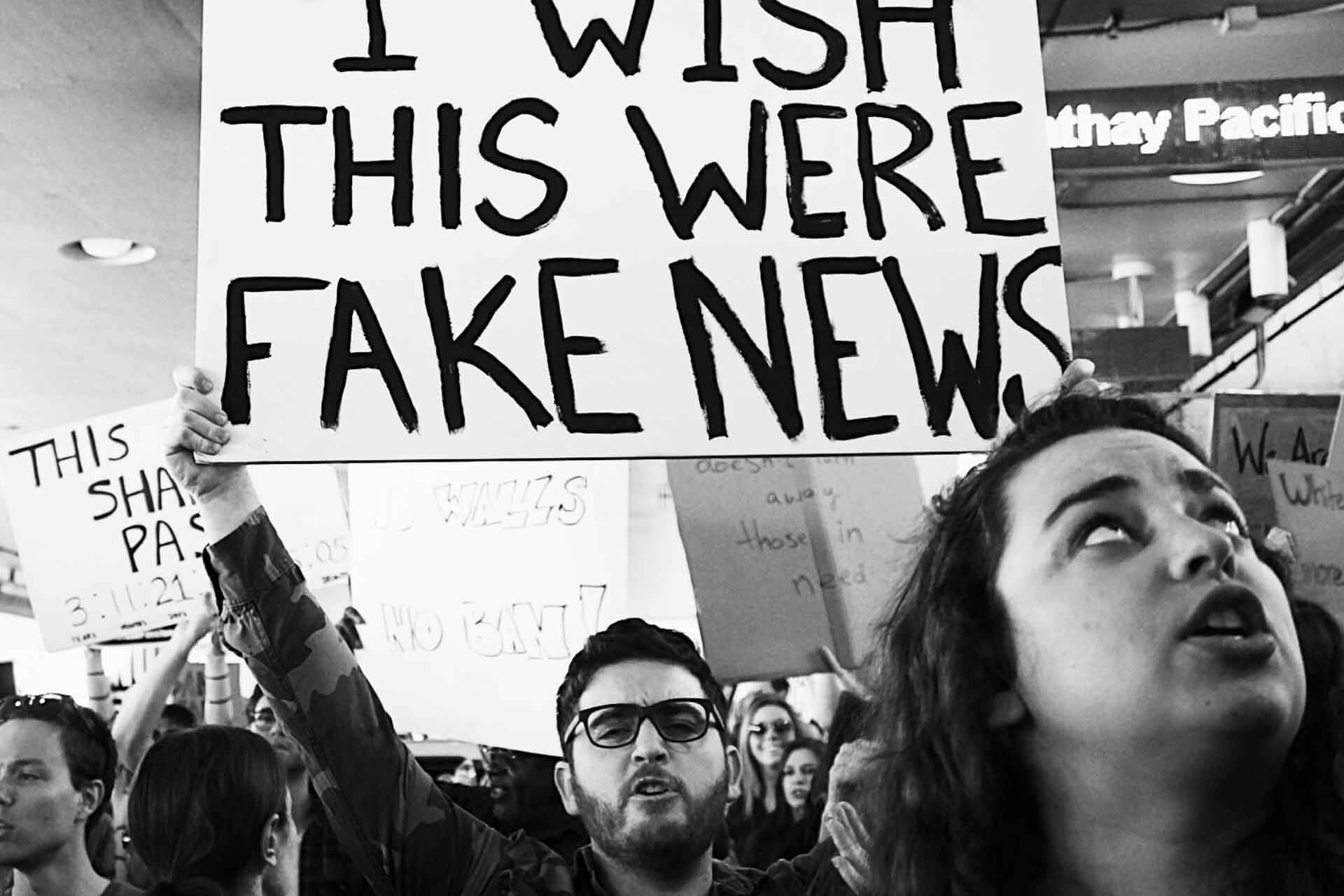 IN THE LAND OF MAKE BELIEVE: THE NEW TRUTH THAT GETS RID OF LOSS

A patient in her early thirties recently admitted that she hadn’t voted, yet again, in the UK elections because she felt overwhelmed by information, tweets, Facebook messages and instagrams giving her bits of information that she couldn’t make sense of. And, worst of all, she didn’t know what was true and wasn’t. At least 40% of the American public turn to social media as their only source of news. Social media, in all its multifarious forms, has overtaken full sentences and live voice contact as a way of communicating, whether it be directions, experience, self-importance, or the condemnation or praise of public figures. The success of electioneering is increasingly dependent on sound bite slogans, one line mantras, or 140 characters.

If we are surprised – now rather frequently –of the results of recent elections; e.g. Trump in the US, Brexit in the UK, Corbyn’s rise and May’s slump in the UK, and Macron1 in France– what is going on? The polls that we relied on in the past have notably failed to predict outcomes. In fact, the traditional analysis of voting trends, breaking down groups according to age, ethnic origin, sex, economic class and type of employment, marital status, and so on, are increasingly failing to show any predictable pattern at all.

Even though we may like to believe voting is a rational process that reflects the interests of particular groups, like many other decisions in our lives, it is highly emotional. In the past the press has prided itself on delivering the “facts”, albeit not without inevitable bias. Now the “facts” are also becoming emotional.

The upsurge in “fake news” surrounding elections around the world in the last two years or so has coincided with rising populist movements. It is a marker not only of political manipulation but of how the meaning of truth itself is morphing from factual events occurring in external reality to the emotional reality we are all in different ways facing as globalization changes our economies and how we see ourselves – and our fear of being left behind. As my patient put it, | “For me and my friends, our future is like riding a surf-board, the object is to stay standing as long as possible and to avoid tipping over into the waves.” They are the lucky ones. | “If I voted, I’d vote for those who are the most passionate, who have our backs, who promise the good life.”

Although my patient is well-educated and has a good job, beneath the surface of her braggadocio is the fear of being swept away by waves of loss that are beyond her control. These are not just the inevitable losses that come with growing up, it is the anxiety of not being able to have a more or less predictable future with the ability to take care of oneself and one’s children. This anxiety now colours our emotional reality and is at the fulcrum of how we see the truth.

Voters in the US – on all sides – are especially driven by the fear of loss. On one hand there is Trump’s nostalgic vision of “Make America Great Again” for those who have already lost the futures they expected to have and on the other hand, the threat perceived by the liberal elite that if we are pulled by the sirens of the past, we will flounder and be shipwrecked. Leaders are sought, as my patient expressed, according to their promises, not by their abilities to captain the ship in choppy waters.

As inequality grows and the sea gets rougher, Trump’s genius has been to resurrect the promise of the American Dream. Like the Wizard of Oz, Trump sits behind his curtain, tweeting the American public almost daily the new reality and the new truth. Anyone who disagrees is relegated to the realm of the untrue. In her observations on totalitarianism, Hannah Arendt points out that when unquestioning adherence to the party line is expected, regardless of what is true or not, then nothing is trustworthy and no one can make up their minds. It deprives the group of being able to think and judge – and ultimately to act. This is the plight of my patient. As the Serbian scholar, Dzihic, comments, the leader who shapes his own reality “throws dust in the eyes of the public.” When the truth is shrouded, only promises matter.