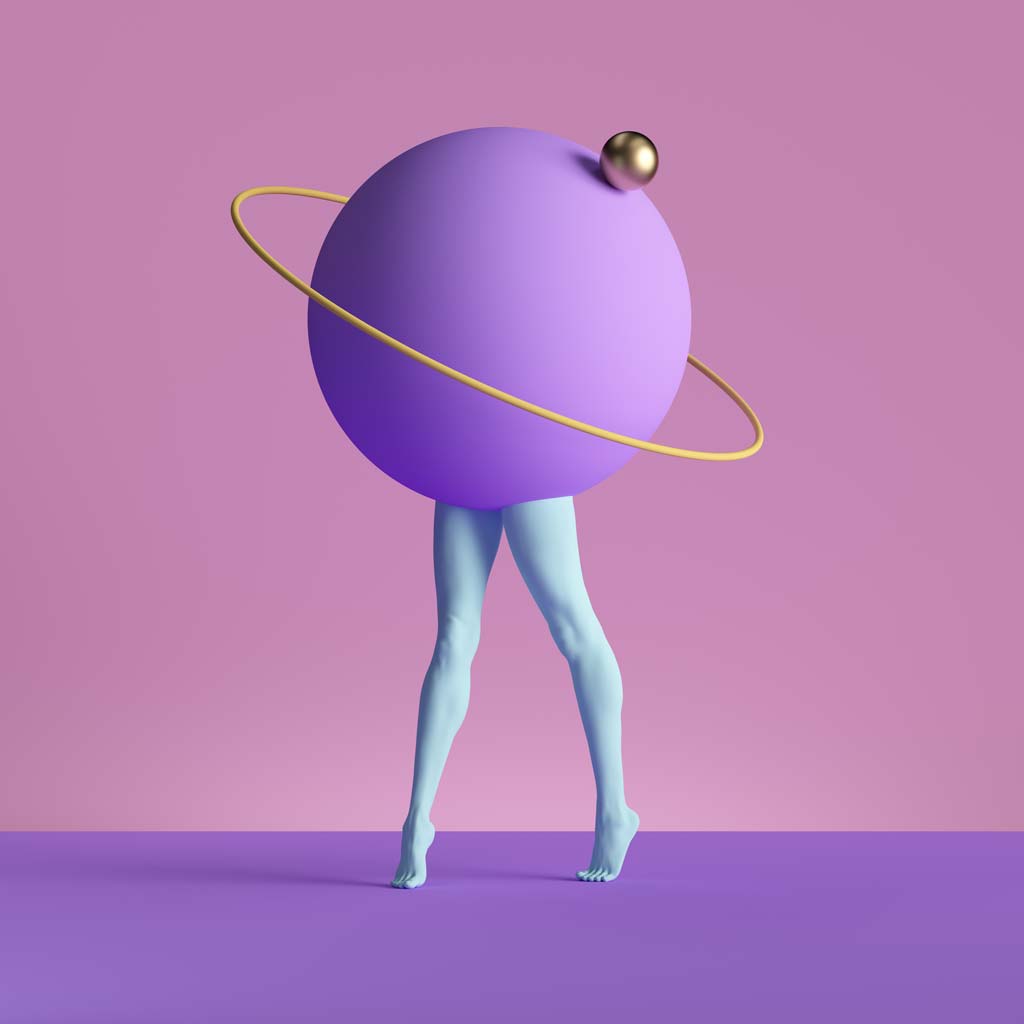 None of the Above

My father was the oddball, with bright red hair and pale blue eyes, whereas my mother resembled her mother, with black hair, oaky skin, and deep, dark eyes.

This mix played itself out by bestowing on me unmanageable, bushy, strawberry-blond hair. The moment I took my first job at the young age of fourteen, I began going to salons where they regularly put relaxer on kinky hair. The salons that catered to Black women, in other words. I loved those places and those women. They looked at me knowingly and smiled. Not one other person looked at me in such a way—judgingly, yes; knowingly, no. Mostly people at school made fun of me. Not because of my hair but because of my plumpness. Lard ass and sweat hog are two names I remember most.

I wonder where those boys are now.

My locks do not look like that today. “The bush,” as boyfriends and husbands called it, mostly fell out during my second divorce and grew back quite differently. Wavy, smooth enough that a little gel takes care of the kink. My last relaxer was in 1992. Bittersweet, you could say: a sad gift to my more aware adult self, a relief to my teenage self who was schooled by catalogs and magazines to think that a smooth coif was essential to a happy life. All those years of Dippity-do gel and sleeping on orange juice cans and ironing my hair on the ironing board every morning—you people who grew up with flattening irons and curling rods have no idea how lucky you are—and trying every means possible to make it look “normal.” Of course, I never could have articulated that I was trying to look “more white.” All anyone has to do is to glance at my exterior to know that I have lived my entire life with white privilege. Although I would argue that white privilege wanes when it is hillbilly white privilege; we suffer our own brand of harmful and inaccurate media depictions and cultural prejudice.

Why did no one tell me it was okay to walk around with a headful of bushy strawberry-blond hair? Because race was not once mentioned in my family. EVER. NOT ONCE. I remember one summer when I was perhaps sixteen, quietly asking my two grandmothers why they were so tanned. That’s the way I saw them, as very tanned. They told me it had to do with working outside in the garden. I pondered the fact that they remained equally tanned in winter, but never posed that question.

I did not know who we were and where we came from until I was nearing forty. After I became a writer, I began doing the research and asking the other questions I’d always considered: Why does Grandpa C. have brown skin and thickish lips? Why did he go to prison and Grandpa S. didn’t? Why does Uncle J. look like a Black man? Why does Grandma look like an Indian?  Why does—?  Why does—?

“It was so long ago it doesn’t matter,” my father said, and refused to discuss the subject further. I was kicked to the family curb for asking these questions and because of my nonevangelical, feminist perspective (“too much education for her own good”), and for reporting a little thing about my mother’s white stepfather having molested us girls during our towhead years. In truth, my mother’s white stepbrother threatened to kill me if I ever showed up on the family homestead again.

We are finally enabling the voice of “the other” in our country, though a day late and a dollar short, as the saying goes. I see America as an adolescent moving through the trials that will hopefully lead to her adulthood. Still, I’ve been told in no uncertain terms by my Black and Native friends that no matter my background, I’ve been afforded white privilege, so, despite my intense discomfort and internal discord, I can’t really talk about these feelings in terms of my race. I can argue that I’ve mostly been poor, that I’ve been held back and abused by white male supremacy, that I’ve been invisible because I have been overweight and at times obese, but none of these things matter because no police officer has ever pulled me over for being fat, and I know this. I am not woke, as people are calling it; I’m simply experienced enough to get it. I know what my nonwhite family members suffered because of the color of their skin. My mother was stared at on buses and downtown streets in our Midwest town so often that by the time I was fourteen, she began refusing to go out of the house. My father’s brother with his amber skin and wide nose and kinky black hair he laid flat with pomade was beaten nearly to death trying to cross a picket line in order to feed his family, yet white scabs weren’t. My maternal grandmother’s story was echoed when Mom, at sixteen, was raped by her white stepfather. Whether she bore and gave away his child has been argued both directions.

Black/white, either/or. Good/evil. I don’t mean to minimize the difficult issues before us or to sound insensitive. I’m not insensitive. I feel my African great-grandmother. I feel my Cree/Cherokee great-grandparents. I feel my Scottish ancestors, who were marginalized, despised people on this soil too. I have also felt every police murder—in my cells, in my corpuscles, my DNA. I have felt them until I could not breathe or move or speak. The deep parts of my genetics have experienced this exact violence and more, much more. I myself have been beaten by my mother with a tree limb until my back and legs were a mat of welts—more than once.

My relationship to what happened in this country in 2020 is magnified by the fact that my own son is a police officer. He’s wise, generous, and feels his responsibilities perhaps too deeply. He’s capable of crying over what he’s seen on the job and is a bit of an Andy Griffith–style father to his children, including my willful, red-haired, wild-locked granddaughter. He went into the job because he knew he could do it and do it with dignity, and because he wanted to serve humanity.

I’ve wept, too, over the people who came recently to his area and who wanted to kill him and other police officers in our isolated region. White men with guns—the same ilk who just stormed the capital—traveled to his rural university town to face off with a police department that has never had an officer-involved shooting. Most of the job of officers in our cluster of tiny towns is corralling drunk college kids; talking down domestic disputes, would-be suicides, tweakers high on meth; and gathering the picked-clean bones of people who die alone with their beloved pets.

What a horror this was for our more or less innocent populous. All at the hands of white, right-wing Christian males with military-grade firearms who think their way is The Way. Their eyes are the eyes of adolescents: their insular point of view translates to my way my way my way mine mine mine mine. Connected to a local evangelical church, these men came in response to the city council decision to enforce a mask mandate. I sat vigil for days, waiting to get the call that the worst had happened.  I should add that this same group drove our number of COVID cases to the heavens during the summer and have continued to do so—dozens of our local people died because of them.

They accomplished murder without firing a shot.

The stark differences in our perceptions of reality in this current time knock me off balance. We Americans might as well be looking at the world through individual kaleidoscopes.

I suspect this is a mode of faulty coping, much the way my mother’s lashing out with the tree branch was. Perhaps my son, the police officer, said it best, when we spoke after the melee was over. Pointing to his family dining table, he said, “Here’s what I want to tell those people. Look at this table. It’s made of wood, correct? You can spend your time and energy focused close in, marveling over the finish, obsessing over the intricate, fine grain of the wood, over the original tree’s meaningful representation of the passage of time, of seasons of rain and drought, at nature’s artistry in the knots, in the movement and variations in the swirls, or you can take a step back and realize that what you are actually looking at is a table, where people of all kinds can join together to share in what we all need: community and a meal.”

Not long after I submitted this piece for publication, I regretted it. I knew I was going to be taking up space that needs to be filled with the voices of Americans of color. In light of subsequent conversations with writing colleagues from across the Appalachian region, I decided, however, to allow publication in hopes of bringing another perspective and to help counter the hurtful stereotype of the hillbilly, which is in a way, also based on race, I believe, considering our mixed nature, and which again has been put in front of U.S. viewers in the form of the film version of Hillbilly Elegy. The publishing and film industry has only one mindset when it comes to producing works out of Appalachia. I want them to hear this: not all of us are ignorant and drug-addled, nor are we whites who manage to escape the “terrors” of the “hollers” for the hallowed halls of white aristocracy.

Some of us are neither. ■