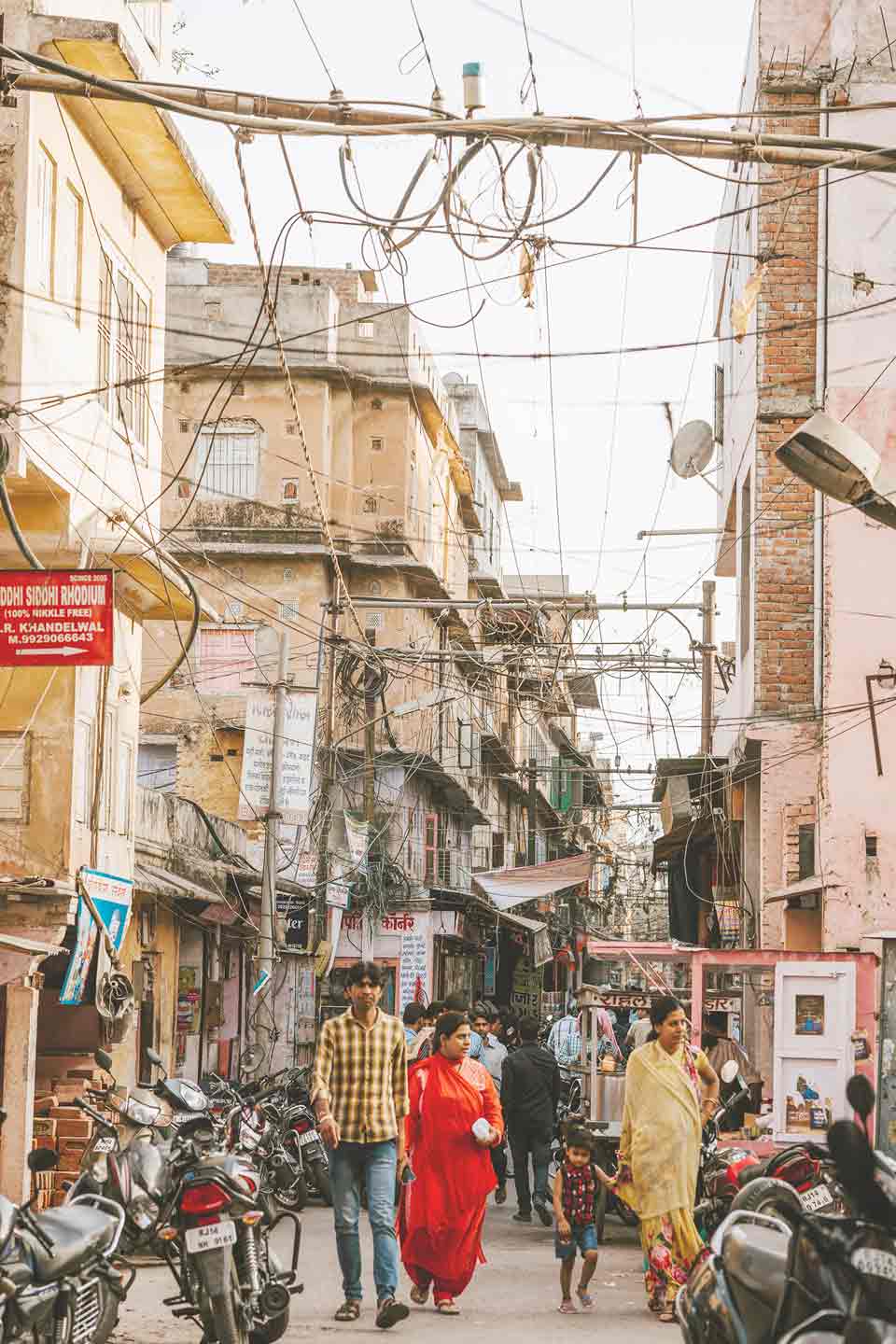 POLLUTION: THE CASE OF INDIA

Early in January 2020, while anxiously speaking to a colleague, I was thinking about how I have become dysfunctional. I obsessively read everything. My panic-stricken and recurring thoughts about the state of my country, my home, were haunting me like a waking nightmare. My colleague at the time responded and said, “That’s how everyone is. Panic and dysfunction are not a pathology of the individual anymore. You are not alone.”

In that moment, I felt relief. The feeling of terror that haunts me pervasively occupies every home in India today. I am left speechless watching this terror expand its many wings over every city. I sit back in fear, not even able to join any protest, in paranoia that I can be attacked. But I am not crazy to feel shocked and afraid. Everyone is going through this!

I am a clinical psychologist working in New Delhi. Earlier this year, everything was florid and magnified here. Every day, my patients would share how the events in our country are impacting them. Every day, I would listen to their feelings of shock, helplessness, hopelessness, panic, anger, and sadness.

Last year, I attended a conference about mourning and loss and their relationship with mania, depression, and creativity. A senior psychoanalytic psychotherapist who was curious about my practice in India asked me if the pollution in New Delhi was unsettling. I told him it is quite troubling, and in fact, every year around Diwali, I develop a cough. He asked me if my patients talk about it. I told him some of them do and even more so around Diwali; this festival falls around the month of November, and this is also when the pollution levels rise in the city. It always comes up in the sessions.

As he continued to speak, I began thinking about this innate need to theorize as a defense against an extreme vulnerability. He continued, “If climate change is real and if a patient speaks of it, how can we know if this is symbolic of an inner climate change, or if the fact of the matter is that this is an external true event that they speak of? You know, during the Holocaust when people would speak of the holocaust, it was a reality.”

I knew what he was saying. I stayed silent.

Soon after I came back, boom! Everybody in Delhi was speaking about the newly amended Citizenship Amendment Act (CAA), the National Register of Citizens (NRC), and the police brutality meted out to students in universities like Jamia Millia Islamia University. Delhi saw great violence in February against its minorities. All these events formed a crux of the clinical material from my patients.

CAA is an act which, for the first time, offers citizenship based on religion. It offers citizenship to non-Muslim immigrants from Bangladesh, Pakistan, and Afghanistan. This act extends to Hindus, Buddhists, Sikhs, Parsis, Christians, and Jains, leaving Muslims out. NRC is an official record of everyone who is a legal Indian citizen. It would include individuals who qualify as citizens of India also as per the newly amended CAA. The CAA combined with the NRC are posing a threat to the secular nature of our constitution. In early 2020, there was growing dissent against this act, which led to many demonstrations. The state challenged these demonstrations by sending the police to barge into university spaces and attack students. After I came back from the conference in December, for a long time, my patients spoke to me about these events and how they felt impacted.

Knotted in between all of this are my own tumultuous and perplexing feelings about my own home. When my patients speak of these events, they are not speaking of an inner political pollution. These feelings that our country now faces are so magnified that we’re all feeling shock, helplessness, and anger together. It is true, as Benveniste wrote in Room 6.19, that at one point of our lives, we have all lived through these feelings as helpless infants, and we are all being reminded of the terror we have already survived. (https://analytic-room.com/essays/national-histories-identity-daniel-benveniste/)

But now, these feelings are so magnified that one can’t notice anything but the magnitude of these feelings. We all sit in our homes, panicking. Can our conversations get us in trouble? Have I said something which could be seen as dissent? Hush. Shh! Silence.

I have silenced my own voice around this for long…from fear, from paranoia. Silently, I have felt numb and dislocated and confused about everything. It all feels so disjointed and fragmented, all the bits and pieces, all the news, all of what we read, all the truths that we are comfortably holding on to. Scared that I am alone feeling these things, I stayed shut. Perhaps we are engaged in a joint pathology as we rummage through and piece together our lives around these many horrific events. It is quite tragic that this has become a part of our everyday, ordinary life, that this has become a part of our normal inner discourse, that watching violence has become a part of my every day.

I cannot help but think about how a cluster of fictional stories—The Crucible, Fahrenheit 451, 1984—were about the McCarthy Era. The witch hunts and trials, the burning of books, the rewriting of historical records, the gaping memory holes—we are living through this dystopia. In parts, it is because we are suffering from our own unique kind of McCarthyism. We are hunted for being our own kinds of witches in the times we live in, for being “urban naxals.” Our own spaces where we store books are being attacked. Facts are being fictionally created and history books are being written over. In parts, we are living through a kind of a memory hole.

In part, yes, maybe this is about an entire world order and how we are failing, and about how people who dissent are being attacked. Perhaps this is about figuring out what is right (and what is left). But I think it is also in part about our own historical memories. While I was in a conversation with another friend, she said, “Doesn’t this all feel like a partition hangover to you?” All of us that were there talking to each other, letting the different, disintegrated voices in, agreed.

Many years ago, I read an editorial article in The Tribune written by Haider Warraich about “Pakistan going to a psychoanalyst.” The piece personified the country of Pakistan, who was lying down on the couch, delving into secrets of his own historical life. (https://tribune.com.pk/story/213755/the-psychoanalysis-of-pakistan)

India was called in for an interview.

India looked like he had a normal body build, though he was not appropriately dressed. India was wearing bright-colored clothes. India looked disheveled and appeared agitated.

His attitude towards the interviewer was cooperative, and rapport was easily established.

Psychomotor activity was increased. India was constantly on the move.

India didn’t elicit an ability to understand things at a conceptual level; abstract thinking was at a functional level.

Attention was aroused but was difficult to sustain.

In the disorder of content of thought, ideas of helplessness were found.

The patient was found to have grandiose delusions. The patient felt he was rich and had immense physical power. The patient also reported and said, “मेरा दिमाग बहुत तेज़ है, पूरी दुनिया में अपना नाम रोशन करवाऊंगा।” (My brain is very sharp; I’ll have my name recognized the world over.)

India had ideas of persecution. The patient felt very unsafe about his family members.

Mood was subjectively reported as “मन्न अजीब लगता है” (My mind feels strange) and objectively seen as labile, at times irritable and inappropriate to thought content.

Personal, social, and test judgment were not intact. The patient was exercising poor judgment with finances.

Caught between this red scare (McCarthy era) and this collective refusal of confronting our childhood—“information obtained from the history, the examination of the mental status and clinical observations indicate that India is currently suffering from a manic episode with psychotic symptoms”—and so we now burn books, rewrite facts, hunt witches, all while we live through an unbearable memory hole.

“Let the warm blood of the night flow at will,

This darkness is the colour which lends to the dawn,

It will be daylight soon, impatient heart, be still.”