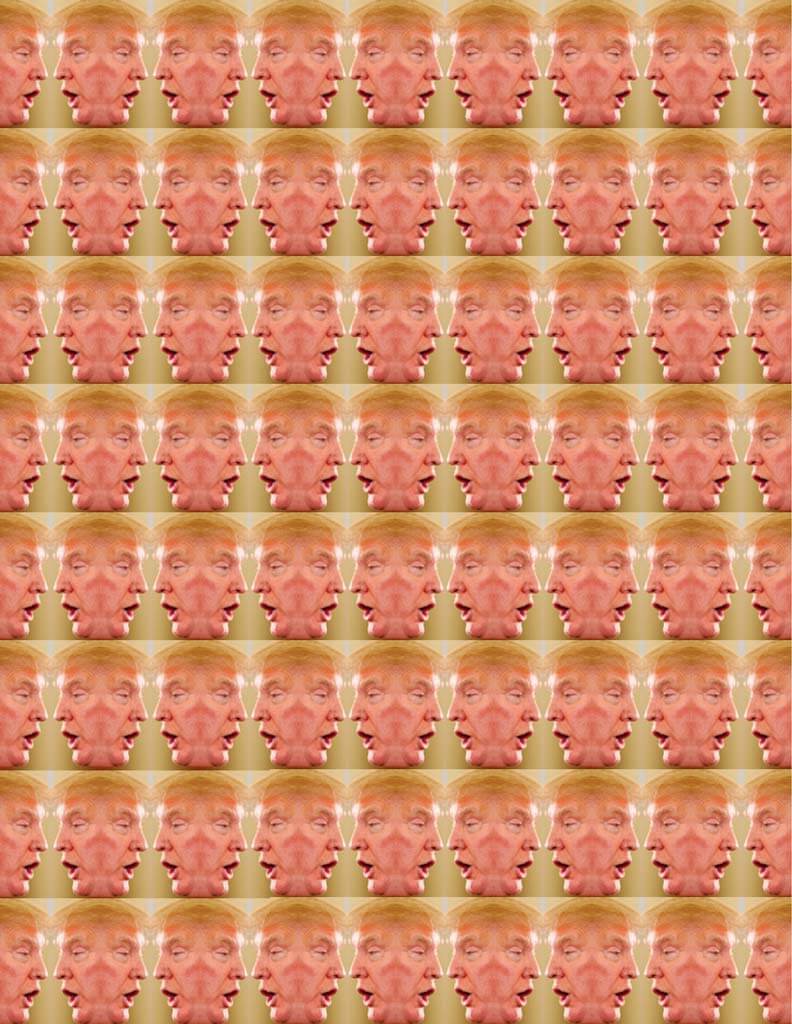 PROJECTION AS A POLITICAL WEAPON

by Chris Bell and Gary Senecal

From Unconscious Defense to Conscious Offense

Donald Trump’s penchant for attacking his opponents by projecting onto them his own disavowed personal attributes and apparent self-assessments has been a consistent feature of his rhetorical style and remarked upon by many observers. For instance, in her recent book The Death of Truth: Notes on Falsehood in the Age of Trump, Michiko Kakutani (2019) observes, “Trump has the perverse habit of accusing opponents of the very sins he is guilty of himself: ‘Lyin’ Ted,’ ‘Crooked Hillary,’ ‘Crazy Bernie.’ He accused Clinton of being ‘a bigot who sees people of color only as votes, not as human beings worthy of a better future,’ and he has asserted that ‘there was tremendous collusion on behalf of the Russians and the Democrats’” (p. 95). In a recent NYTimes opinion article, Michelle Goldberg referred to Trump as a “Master of Projection” and noted that many instances of Trump’s projections were uncannily predictive of his future actions as president, thus properly constituting themselves as projections only in retrospect.  Examples include roundly criticizing Mitt Romney for failing to release his tax returns and berating Barack Obama for watching too much TV in the White House, playing too much golf, overusing Air Force One for “politics and play”, and potentially leading America into WWIII (Goldberg, 2020). Further examples of Trump’s projections include accusing Joe Biden of nepotism, referring to Joe Biden as “Plugs Biden” when Trump is so clearly the product of massive cosmetic work, and saying there is no way Nancy Pelosi prays for him, since she only prays for herself. Recently, in an interview with MSNBC, the psychoanalyst and psychiatrist Lance Dodes noted, “[Trump] tells other people that they are what he is. It’s a common enough [defense] mechanism in early childhood, but as an adult, using it all the time, it is what we would call primitive.” Dr. Dodes contends that Trump’s predilection for the defense mechanism of projection is “primitive,” since it bypasses engaging with his opponents at the level of logical argumentation, which would involve at a minimum the cultivation of some sort of background knowledge on a topic and engaging in the necessary preparation in order to make a reasoned or rhetorically persuasive case about his favored positions and/or why he is being treated unfairly. While Dodes is right to emphasize that Trump’s use of psychological projection may not be a particularly mature defensive style, it is nevertheless surprisingly effective at discrediting his opponents and bringing them down to his level. As such, there is a distinct danger in writing off Trump’s projections as simply “primitive,” infantile, or unrefined, since in fact they operate as an effective political weapon.

Projection as a Form of Disinformation

In what sense are Trump’s projections an effective political weapon? At a fundamental level, psychological projections can function to make the relevant distinctions of a situation illegible or difficult to parse, such that it creates confusion about a situation’s basic parameters and thereby serves to obscure its very reality. According to W.W. Meissner (1988), “The result of these processes [of projection] is a fundamental confusion and an incapacity to differentiate subject and object, reality and fantasy, along with an inability to differentiate the real object from its symbolic representation” (p. 38). Thus, projection constitutes, “a form of interpretive distortion of external reality” (p. 32). Projections serve to muddy the waters and give the outward appearance that Trump’s opponents are operating with the same tactics, intentions, or even at the same moral level as Trump himself, creating a false equivalency, rather than enabling clear symbolic distinctions to be made. For example, Trump recently referred to Adam Schiff, Chairman of the House Intelligence Committee, as a “deranged human being,” who, “grew up with a complex for lots of reasons that are obvious,” concluding, “I think he’s a very sick man, and he lies” (Cole, 2019). While this description appears to be more a reflection of Trump himself than of Schiff, it would be a mistake to disregard its potential social-psychological consequences, the most direct of which is planting a seed of doubt about the probity of Adam Schiff in public consciousness. Furthermore, projection can become a quite insidious form of psychological manipulation in its variant as projective identification, where the qualities being projected onto the other interpellate or hail this other in such a way that they unwittingly identify with what has been projected onto them, thus enabling a kind of control over them. Elaborating on this variant of projection, Meissner (1988) states,

…projective identification represents an omnipotent fantasy that unwanted parts of the personality or of the internal objects (acquired by introjection) can be disowned, projected, and contained within the object into which they are projected. In consequence, parts of the ego are thus projected into the object, and the object is experienced as controlled by the projected parts and imbued with specific qualities related to those parts… The object thus becomes a bizarre object composed of parts of the self and parts of the object in a relationship of container and contained that strips both of any inherent vitality or meaning. (p. 39, emphasis mine)

Otto Kernberg provides a helpful clinical example of this phenomenon by describing when he felt compelled despite himself to identify with the projections of an analysand. Kernberg (1987) states,

I realized she had even managed to activate in me, during the last session, whatever ambivalences I myself  experienced about the town in which I lived. Only now did I become aware that this town also stood for me in the transference; the town and I also represented her own devalued self-image projected onto me, while she was identifying with the haughty superiority of her mother. (p. 807)

Insofar as projections function to mislead both third party observers as well as their “targets,” they qualify as a form of disinformation. In his article “What is disinformation?” Don Fallis (2015) contends that, “disinformation is misleading information that has the function  of misleading someone” (p. 413). Fallis elaborates,

According to Fallis’s definition, disinformation need not be intentional in order to qualify as disinformation;  it must only have the function of being misleading. In the case of psychological projection, the person being misled is first and foremost the projecting person themselves, and potentially those witness to the projections. However, to some extent, it remains an open question—are Trump’s projections essentially unconscious defensive reactions, or are they perhaps part of an intentional political strategy? Either way, Trump’s projections function in a misleading manner that potentially benefits him politically—his systemic use of projections creates a veritable atmosphere of disinformation, which can contribute to a destabilized perception of any given situation. Significantly, the use of projection extends to individuals within Trump’s inner orbit, such as the recent episode of Secretary of State Mike Pompeo criticizing NPR for being an example of the “unhinged” news media after having had a fit of rage halfway through an interview with the reporter Mary Louise Kelly (Wong, 2020).

It is worth noting that one of Trump’s early professional role models, his lawyer and fixer, Roy Cohn, employed projection quite consciously as a political weapon. The paradigmatic example of this is Cohn’s activities during the so-called Lavender Scare of the early 1950s, when Cohn, assisting senator Joseph McCarthy, outed scores of government employees for being gay, irrevocably tying homosexuality to Communist sympathizing, which ended their careers, even though Cohn was himself gay. Surely Cohn was well aware that his own disavowed sexuality projected onto his opponents could lead to the political results he was seeking. ■